Stress and anxiety in nursing students

Patterson SL. The effect of emotional freedom technique on stress and anxiety in nursing students: A pilot study. Nurse Educ Today 2016 May;40:104-10.

Abstract: BACKGROUND: Stress and anxiety have been identified as significant issues experienced by student nurses during their education. Some studies have suggested that the stress experienced by nursing students is greater than that experienced by medical students, other non-nursing healthcare students, degreed nurses, and the female population in general. A recently introduced energy type therapy, emotional freedom technique (EFT), has shown some success in reducing symptoms of anxiety, stress, and fear in a variety of settings. OBJECTIVE: The purpose of this study was to determine the efficacy of EFT in decreasing anxiety and stress as a potential intervention to assist students in stress management. DESIGN: The study used a mixed method design of both qualitative and quantitative measures. Quantitatively, in a one group pretest-posttest design, participants received group instruction in the technique and were encouraged to repeat it daily. Self-reported anxiety was measured at baseline, and then weekly for four weeks using the Perceived Stress Scale (PSS) and the State-Trait Anxiety Inventory (STAI). The qualitative survey was completed by participants at the end of the study in order to capture a more subjective experience. SETTING: The pilot study was conducted in a two-year college in the southeastern region of the United States. PARTICIPANTS: All enrolled nursing students in an associate degree nursing program were invited to participate. Participation was voluntary, resulting in an original convenience sample of thirty-nine nursing students (N=39). METHODS: Data collection instruments included a demographic questionnaire, pretest State-Trait Anxiety Inventory (STAI) and Perceived Stress Scale (PSS). A qualitative questionnaire was also administered at the end of the four weeks. STAI and PSS were administered weekly. Data analysis using RMANOVA was performed at the second, third and the fourth week. RESULTS: Decreases in anxiety as measured on both the STAI and PSS were statistically significant (p=.05). For PSS, STAI state and trait data, the reduction in self-reported stress was statistically significant with a mean difference baseline to week 4. Qualitative data suggested that nursing students experienced a decrease in feelings of stress and anxiety including a decrease in somatic symptoms. CONCLUSIONS: Overall, findings suggested that EFT can be an effective tool for stress management and anxiety relief in nursing students. 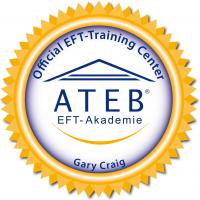